Before discussing the new HTML feature, first a quick overview of the PDF encryption functionality provided by CipherMail gateway and Webmail Messenger.

Since version 5.1.3 of the Gateway (professional edition) and version 4.1.3 of Webmail Messenger, HTML email is now fully supported. The encrypted PDF now contains all markup and all inline images. The encrypted PDF looks exactly like the source email.

The template for the encrypted PDF is fully configurable. This allows you to match the corporate identity.

Clearly, the HTML supported version is much more appealing. 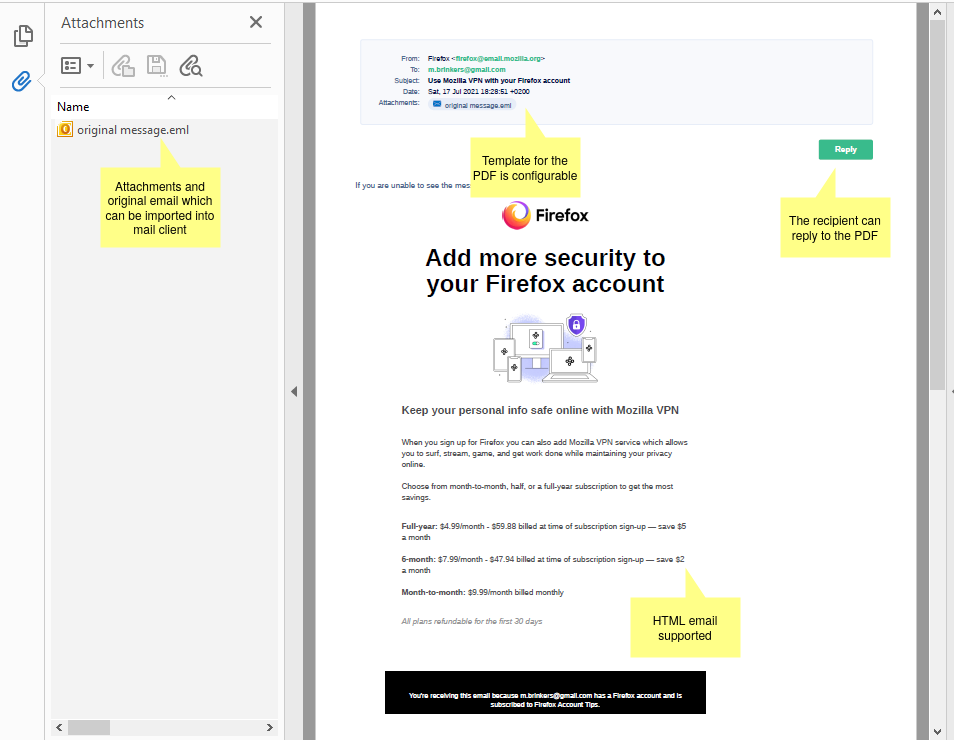 Encrypted PDF with only text support 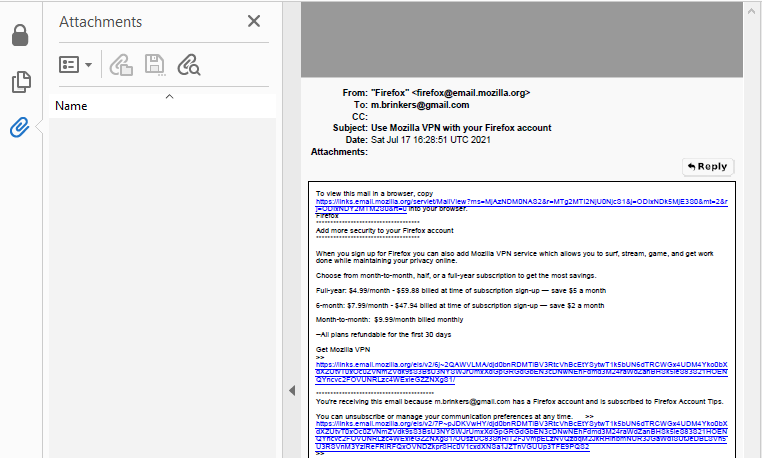 Encrypted PDF with only text support

We are working hard on providing additional features for PDF messenger. Some of the features we are currently working on: